tkwəɬniwt (Westbank), Syilx Territory – The Law Society of BC (LSBC) announced the results of its annual election of benchers who govern the society and the outcome is historic for Indigenous representation within this vital part of British Columbia’s justice system.

“We’re thrilled to see this outcome and congratulate each Indigenous bencher for bringing their valuable skillset and lived experience to this role and look forward to working with them to advance the implementation of the BC First Nations Justice Strategy,” said Doug White, Q.C, chair of the BC First Nations Justice Council (BCFNJC)  ̶  an organization mandated to transform the justice system and reduce the over-representation of incarcerated Indigenous people in the province.

The role of elected benchers is to act as directors of the Law Society of BC and as regulators of the profession. With 19 openings available, Indigenous lawyers Brian Dybwad (member and Hereditary Chief of the Gitxsan Nation), Katrina Harry (Shuswap), Lindsay LeBlanc (Métis), Georges Rivard (Métis), and Kelly Russ (Haida) were elected.

“While our people have been significantly over-represented in BC’s jails, we have, at the same time, been vastly under-represented in the main leadership and governing institutions of the justice system,” added Rosalie Yazzie, vice-chair of the BCFNJC.

“This election outcome charts a different course – one that corrects the exclusion of our voices and Indigenous perspectives.  Within the BC First Nations Justice Strategy, we call specifically for more Indigenous representation in the legal profession and this election has helped us take a significant and progressive step forward.”

The strategy, signed March 06, 2020, was jointly developed by the BC First Nations Justice Council, BC First Nations communities and the Province of British Columbia. It includes 43 actions along two paths which involve the reformation of the current system as well as the restoration of First Nation legal traditions and structures.

tkwəɬniwt (Westbank), Syilx Territory – The BC First Nations Justice Council is pleased to announce the launch of its highly...

Beginning April 1, 2021, management of B.C.’s Gladue report program will transition from Legal Aid BC (LABC) to the BC... 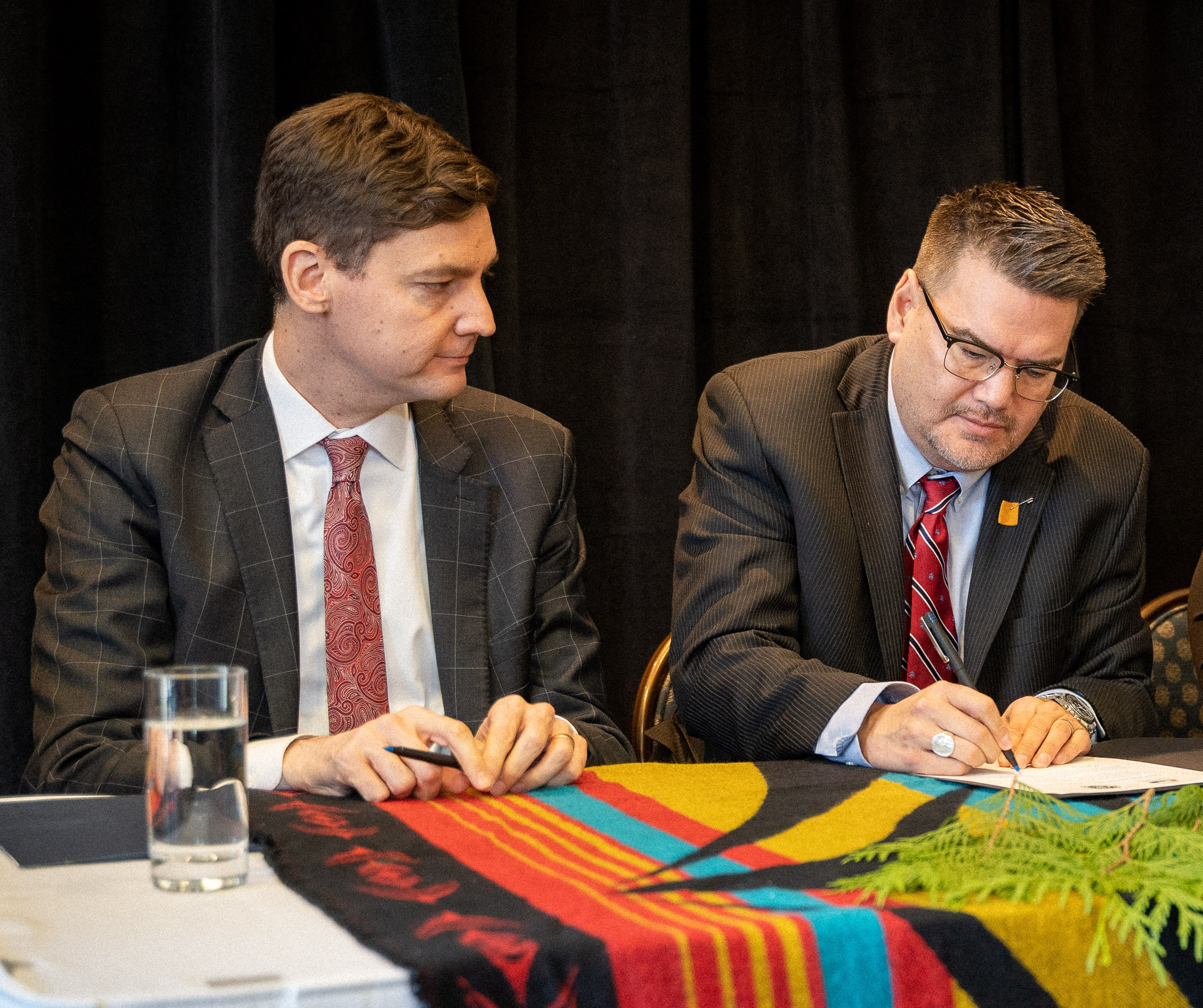 The BC First Nations Justice Council (BCFNJC) is proud and delighted to announce that its chair, Doug White (Kwulasultun), has...