Corrections and the BC First Nations Justice Strategy 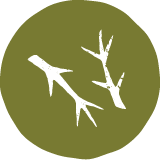 Corrections and healing is symbolized by fir bows, traditionally used to cover the floor of sweat lodges.

For many Nations, the sweat lodge is a place for reflection and prayer for family, community, Nation and each other. Corrections is about bringing these elements back to balance. Prayer is a source of healing.

The over-representation of Indigenous peoples within corrections is a long-standing crisis that is growing in magnitude and urgency.

The BC First Nations Justice Strategy aims to address this crisis of over-incarceration and involvement in corrections by working with the corrections system to incorporate the core presumption of diversion. This is aimed to prevent incarceration of (and where possible to de-incarcerate) Indigenous peoples where appropriate and safe for them, the communities, and the general public. This is particularly important for youth and women, and, therefore, both a Youth Action Plan and a Women’s Action Plan will be developed to identify strategies to reduce their risk of involvement in the justice system, including incarceration.

Another strategy to implement the presumption of diversion, as well as to re-ignite First Nations justice systems, will see the establishment of a network of corrections alternatives across the province over the next decade. These will provide culturally-appropriate alternatives focusing on rehabilitation, not incarceration.

Two key initiatives are also designed to support the experience and dignity of Indigenous peoples who are incarcerated, and thereby aim to reduce recidivism. First, studies and experience have re-iterated the central importance of cultural norms, practices, and programming within corrections, both as part of rehabilitation and healing, and as part of reducing rates of recidivism. Such programming is also critical to the appropriate re-connection and re-integration with families and communities after sentences have been served. There are many examples of cultural programming, and special programs within adult custody centres, which seek to assist those incarcerated with cultural healing and therapeutic learning opportunities and support. The Strategy commits to the expansion of cultural programming throughout BC Corrections, including within adult custody centres and community corrections supervision.

Second, First Nations must be able to support their members who are within the corrections system. To do this, First Nations must know where they are, when they may be moved, and when a move has occurred. Without such basic information, a significant obstacle exists for First Nations to provide cultural and other supports to their members, as well as to their families within communities. Lack of such information can interfere with the identification of alternatives and the incorporation of the presumption of diversion. Currently, there are no established data governance protocols regarding the sharing of this information for those who are incarcerated. Mechanisms will be established to establish these protocols and support the relationship between communities and their members. This will support First Nations, their citizens who are incarcerated, and the corrections system to build effective transition, reunification and reintegration programs to support the decrease in recidivism and encourage restorative justice practices and outcomes.

Finally, as a common thread woven throughout the BC First Nations Justice Strategy, action will be taken to enhance training and education to reduce the impact of bias and improve cultural safety amongst all those working in corrections.