tkwəɬniwt (Westbank), Okanagan Syilx Territory, BC [May 16, 2022]: The Advocates’ Society announced Thursday, May the 12th, 2022 that BC First Nations Justice Council Chair, Douglas S. White, Q.C. Kwulasultun had been chosen as the 2022 recipient of The Joe Arvay Award. The Joe Arvay Award was renamed from the Advocacy in Adversity Award to honour the legacy of Joe Arvay, and his dedications to civil liberties and constitutional rights in January 2021.

This prestigious award is bestowed upon an individual who is a member of the BC Law Society. The award recognizes significant contribution to the advancement of the law or the legal profession through advocacy in challenging circumstances. The award stands to recognize meaningful achievement through resiliency.

“Douglas S. White, Q.C. Kwulasultun is leading the way through advocacy and creating meaningful change to improve and reform the current justice system as well as the methods that legal services are delivered to Indigenous people throughout British Columbia.” said Chief Lydia Hwitsum, of the First Nations Summit Political Executive. “His contributions and commitments to the advancement of the First Nations Justice Strategy is a testament to the resiliency, ingenuity, and vision of his leadership.”

White is a practicing lawyer, Chief negotiator at Lake Babine Nation, co-chair of BC’s Provincial Advisory Committee for Indigenous and Specialized Courts and Related Initiatives and serves as Chair of the BC First Nations Justice Council.

His Coast Salish name is Kwulasultun, his Nuu-chah-nulth name is Tliishin and he is a member, and former Chief and councillor of the Snuneymuxw First Nation in Nanaimo, BC. After completing his B.A. in First Nations Studies (with distinction) from Malaspina University-College (now Vancouver Island University), he graduated from the Faculty of Law at the University of Victoria and was called to the Bar of British Columbia in 2008. He has been granted distinguished alumni awards from both Vancouver Island University and the University of Victoria, has been a director of the Indigenous Bar Association of Canada and an associate lawyer at Mandell Pinder.

Douglas is also a former elected member of the First Nations Summit Political Executive (2010-2013) In that role, he was also a member of the BC First Nations Leadership Council working on common issues with BC First Nations and advocated on their behalf with the governments of British Columbia, Canada and internationally at the United Nations. He is the former director of the Centre for Pre-Confederation Treaties and Reconciliation at Vancouver Island University and, today, along with his role as the BCFNJC chair, he also practices as a lawyer and negotiator across the country for First Nations governments.

“I am humbled and honoured to have been chosen for this award,” said White. “Joe Arvay was one of Canada’s great jurists from the past half-century, making significant contributions to the development of the law and successfully advocating for a more just society. His accomplishment stands as a source of inspiration to us all. I’m very grateful to the Advocate’s Society for this honour.

Douglas S. White, Q.C. Kwulasultun will be honored at The Vancouver Spring into Summer Soirée on June 9th at Bill Reid Gallery of Northwest Coast Art.

The BC First Nations Justice Council (Justice Council) is appalled that, yet again, the Independent Investigations Office (IIO) has found...

The BC First Nations Justice Council (BCFNJC) welcomes today’s announcement by Premier Eby to fully invest in the establishment and... 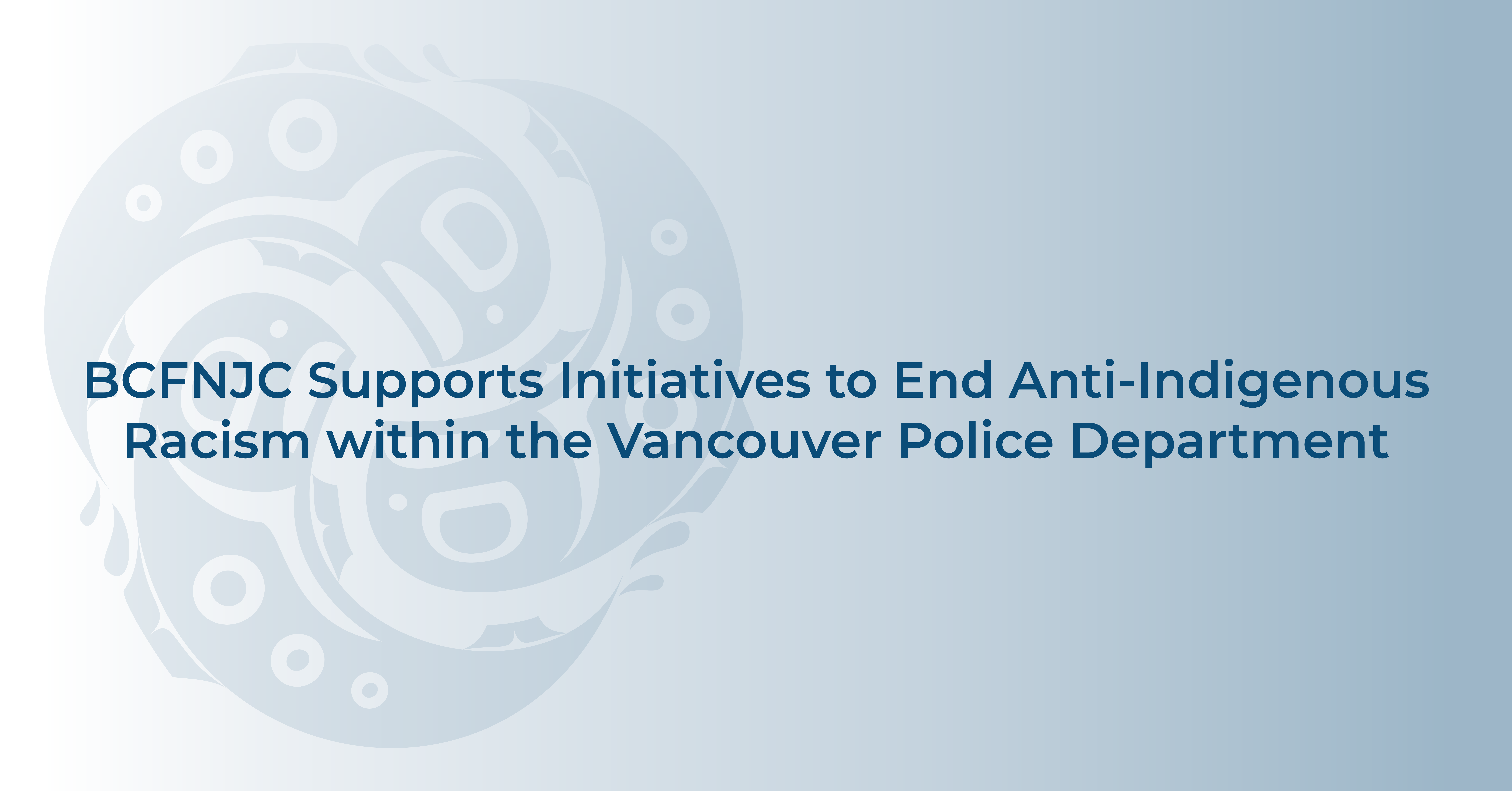